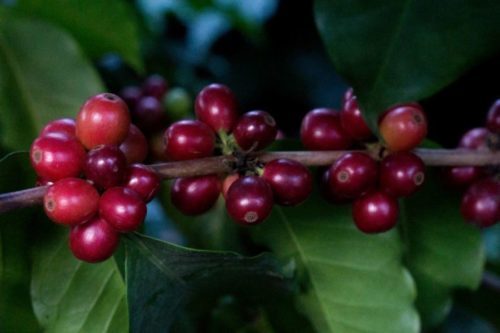 NEW YORK, July 8 (Reuters) – U.S. coffee roasters are paying the highest prices in more than a decade for green coffee in domestic storage, as reduced imports from producing countries have hit supplies, along with surging transportation and labor costs.

Merchants normally sell green arabica coffee beans sitting at warehouses in the United States to roasters at a premium to coffee futures traded on New York’s ICE exchange. Differentials have risen substantially in recent months for high-quality grades previously imported from the likes of Guatemala and Colombia, with roasters competing for supply.

The premiums are so high that they are offsetting a recent pullback in coffee futures. Arabica on ICE fell from a eleven-year peak of $2.60 per pound in February to around $2.20 as of Thursday.

For example, fine arabicas from Guatemala are being purchased at about 67 cents over futures, highest ever, according to industry sources and data compiled by Refinitiv . As a comparison, they were at 47 cents over futures a year ago.

“If you combine the high (futures) market with the elevated differentials, these are some of the highest roaster prices that we’ve seen,” said a broker at one of the largest coffee importers in the U.S.

Benchmark Colombian arabicas are selling in the local U.S. spot market at around 85 cents over futures, the highest premium for that coffee since 2009. They were at 65 cents a year ago.

Traders said the higher differentials reflect higher asking prices by farmers in producing countries, increased costs to move the product to the United States and higher handling costs once coffee arrives in the country.

The red-hot U.S. spot market has caused some unusual moves, such a recent deal to bring green coffee from warehouses in Europe to the U.S. market, where certified stocks are at the lowest levels in 23 years.

High prices seem to be denting demand, traders said, which may cause prices to decline in coming months as the economy slows around the world.

Prices may also ebb next year if production recovers in Brazil, where trees seem healthy again after frosts and a harsh drought last year.

“Most of the emphasis is on what the potential for the Brazil 2023/24 crop is,” said Harris Haase, head of California-based Cardiff Coffee Trading. “If it truly is in the 76 to 80 million (bags) range, then it’s hard to see how this market does not fall,” said Haase. (Reporting by Marcelo Teixeira; Editing by David Gregorio)